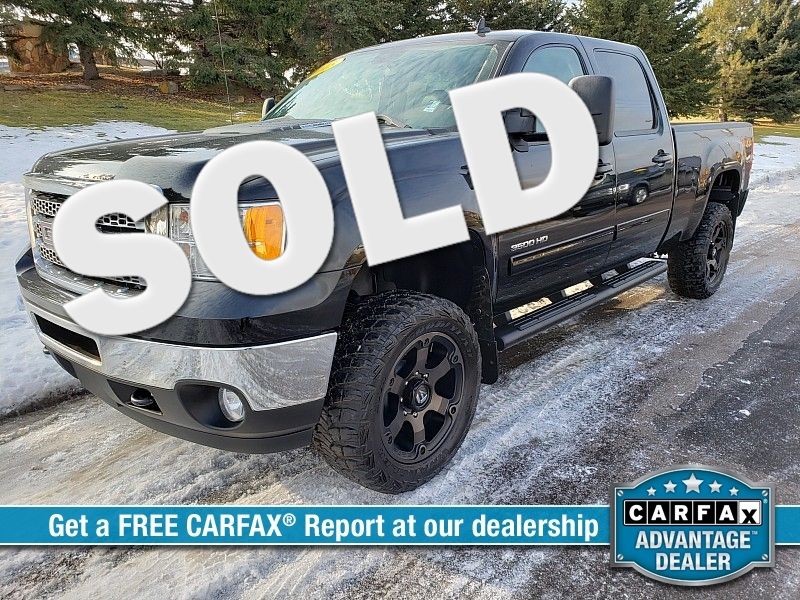 Although GMC is known as the truck division of General Motors, it's no big secret that its vehicles are under-the-skin-twins to various Chevrolets. As such, the 2013 GMC Sierra 3500HD shares its Silverado relative's strengths and weaknesses. There's much more of the former than the latter, making the Sierra 3500HD a serious slugger in a game of heavy hitters. A 2013 Sierra may not look much different from a 2007 (when it was last fully redesigned) but there have been plenty of steady improvements made since then. Altogether, these upgrades contribute to the current Sierra's comfortable ride, strong performance, confident handling and substantial hauling/towing capacities. How substantial? We're talking a maximum towing capacity of 23,100 pounds The SLT trim level is only offered on extended and crew cab body styles and augments the SLE's features list by adding 18-inch alloy wheels, foglights, an automatic locking rear differential, a heavy-duty trailering package (with integrated trailer brake controller), heated mirrors, dual-zone automatic climate control, an auto-dimming rearview mirror, steering-wheel-mounted cruise and audio controls, remote starting, heated leather front bucket seats with power adjustments, a front center console, Bluetooth and an upgraded Bose stereo system with a USB port. Some of these features are available as options for the SLE.